Capturing the Bachelorette-As seen in the Vernon Morning Star 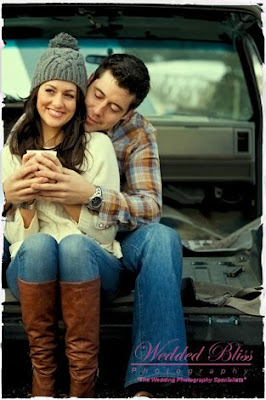 Hit U.S. television show finds an Okanagan Connection when the Bachelorette selects a local photographer to shoot her engagement photos

Special to The Morning Star

Renee Leveille is only into her second season with her wedding photography business in the Okanagan and already she’s captured Okanagan celebrity Jillian Harris, from the ABC television show The Bachelorette, in her engagement photos with fiancé Ed Swiderski.

Living in the Okanagan, Leveille was a fan of Jillian’s but they had never met. Leveille sent the bachelorette a note with flowers to which Harris responded immediately by calling from LA.

“There were 50 or 60 photographers that had emailed me about doing engagement photos, but I just instinctively went to Renee because she had been a supporter. I went to her website and loved her work and it seemed like an obvious choice,” said Harris.

Leveille aims to transform every precious memory into an actual work of art. She describes her work as progressive. For the photo shoot with Jillian and Ed, Harris was adamant that she wanted the photos outside, so Leveille put on her creative hat and came up with an idea that she thought would suit Harris perfectly.

“Jillian didn’t want the photos to be portrait style. She wanted something a little more fashionable,” said Leveille.

Leveille took the couple on a tour to include fun locations in the Okanagan: the Gellatly Nut Farm and an auto-wrecking yard.

“Both Ed and my father were in the automotive industry so they both loved that idea. Ed and I are both big car buffs too so it worked really well. It gave the photos that artsy feel but still with a pop of color,” said Harris.

“I wanted something unique for this couple that suited them. I really liked the idea of the grunge with the soft feel of Jillian’s sweater. It was a really cold day so I brought them hot chocolate. They looked so cute sipping on their cups, that adding the hot chocolate into the shots seemed totally appropriate,” said Leveille.

This is not the first time that Leveille has had an unique location or circumstance for a wedding.

“Destination weddings are a growing market because in some respect it is a simplicity to the day – takes stress off of the bride and they like the exotic local,” said Leveille.

“I’ve shot weddings in U.S., Europe and the Caribbean, however now the Okanagan is becoming a destination. Half of my clients come from Alberta – they are excited about the weather, the vineyards, the scenic backdrops.”

“I had one client from Paulatuk Northwest Territories, where they have a population of 300. The bride called me on her Sat. phone. She had found Wedded Bliss on the internet. They were going to have their wedding in the Lake Country as the groom had been and RCMP officer in Kelowna. We did all the organizing through the internet.”

Leveille’s photography talent and ambitious nature are proving successful in the photography world. Wedded Bliss won the coveted Best Wedding Photo of 2009 and Best Engagement Photo of 2009 with the prestigious bride.ca.

Many of her shoots include a team approach with a second photographer using different lenses and gear. Local photographer Kate Mahaits joined forces with Leveille in her first season and they have been growing strong ever since. Leveille hopes to continue growing the business to include more photographers under the Wedded Bliss umbrella.

“Wedded Bliss is creative, modern, evolving,” said Leveille. “We’ve been using a lot of new approaches such as video lighting. We want to make people look as glamorous and radiant as they can. Using natural and video light with dramatic architecture we can work on capturing the emotion.”

This year Leveille will be studying with one of the worlds top ten wedding photographers, Jerry Ghionis. “I’m going to a 5 day intensive course with 15 students, learning from a master – a whole new creative approach.” Last year she studied with another top ten wedding photographer, Joe Buissink. “It’s all about taking my unique style and then taking it to the next level as I learn from the Masters of Wedding Photography.