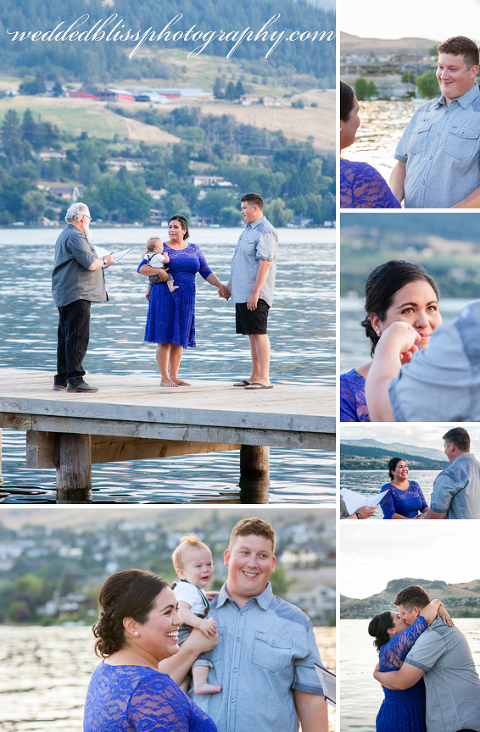 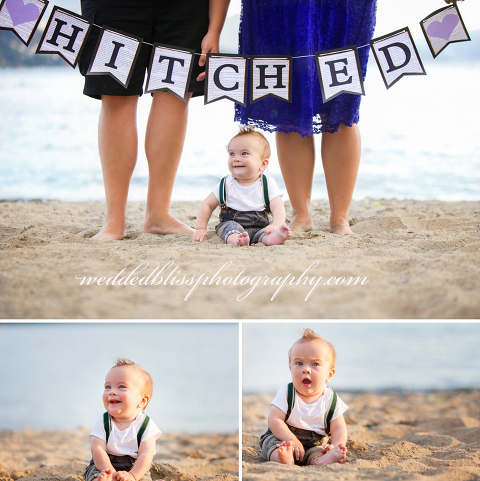 As a Kelowna Wedding Photographer, I am honoured to say I have attended over 100 Weddings, but NEVER have I  been part of an elopement where I am also one of the witnesses.   I was SO excited nervous and honoured!!!

I met Michael & Cynthia just over 7 months ago through Baby Bliss Photography.  We did both a maternity session and newborn session (check out how little Mr. Jerome was only 6 months ago!) and spoke then how they were trying to decide what sort of Wedding they wanted.

A short time later I was contacted by Michael, saying they wanted to get married in their favorite spot-the pier at Kalamalka Beach and it was going to be a HUGE surprise to their family and friends.  They were eloping in their home town!

Kal Pier on a Friday night is usually packed.  I was so worried we weren’t going to have an ounce of space of privacy but thankfully it almost completely empty and those that were around quickly realized something special was going on and gave us space.

Even though I’ve attended as many Weddings as I have, I have to admit I’ve listen to very little of the vows and words exchanged.  There are key moments I am listening for (so I am  are ready for those critical shots such as the ring exchange or the kiss) but I often miss much of what is being said.  This time however, because I was a witness…the JP actually told me during the ceremony “You’re listening right….or it’s not legally binding.”  No pressure or anything! 😉

Thank you Michael and Cynthia for including me in your special moment!  It was so lovely seeing how much Jerome has grown in the past few months and I look forward to capturing more special moments in your families life.